Oil prices are volatile. This makes it a very interesting investment. Especially on the short term the possibilities to make money with oil are very interesting and very real. In this article we look at how you can buy or sell oil CFDs and what factors influence the price of oil.

How to trade in oil?

If you want to trade on oil CFDs, it’s best to do this through Plus500. This is a professional broker where you can obtain a positive result whether the market is going up or down. You can get started with as little as 100 pounds. This makes it possible for anyone to obtain a positive result by buying or selling oil. You can start out completely free at Plus500 using their demo and when you are ready you can make your first deposit.

Before you start trading oil 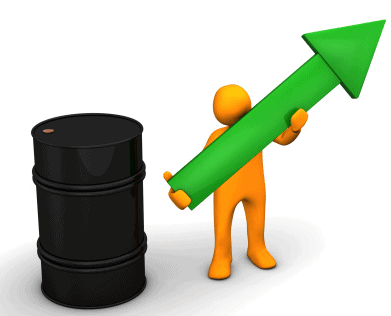 Before you start to buy and sell oil, it is very important that we mention the basics of trading first. The first thing that you need to do is determine the general direction the price will go. Look at the direction the price is mostly moving towards. If the price has been dropping for a year, it is unlikely that it will go up tremendously overnight. Act like a sheep in this case, follow the herd and make money.

When buying oil, it’s important to limit your losses as much as possible. Don’t let a position stay open endlessly. Limit your losses and maximize profits. You can do this by closing a position at a logical moment. This could be at a nice round number where you’ve lost X-percent. This way you make sure you won’t lose all your money on one single oil trade.

How to trade oil:

Factors that influence the price of oil

You’ll make the most profit if you buy oil at the right time. Let’s look at the factors that influence the oil price the most.

Demand is what determines the price of any stock. This is also the case for oil and therefore the price of oil. When it’s not going so well with the world economy, the demand for oil drops. This is caused by a drop in general production and thus the use of oil. It’s also important that you look at the economic situation of new economies. The huge rise of China, for example, will most definitely influence the price of oil.

OPEC or Organization of the Petroleum Exporting Countries has multiple members that export oil together. The connected countries form a cartel that determines the price of oil and how much oil will be exported. Statements from OPEC regarding production have a direct influence on the actual price of oil.

When you want to buy oil, the American dollar plays a very important role. This is due to the fact that the price of oil is expressed in American dollars. When the value of the pound goes up with an equal oil price you could buy more oil with the same amount in pounds. By using the pound, the dollar won’t have any influence on the cost of oil.

New oil supplies can cause a drop in price too. Oil is a scarce resource; when oil supplies are dwindling, the price can go up tremendously. When we suddenly find a new supply of oil, this can cause the price to drop, as there is more supply than previously estimated.

Speculating on the price of oil