Apple is one of the best-known companies in the world. It is one of the few companies with a value in excess of USD 1.000 billion. If you had bought a few shares at the launch, you would have been very wealthy now. But investing in Apple can still be interesting today. In this article you can find an extensive analysis of buying Apple shares. You can also consult the current stock price of Apple shares here.

Where can you actively invest in Apple?

More and more investors are choosing to actively invest in Apple shares. By actively investing, you can respond to the latest developments. Does Apple launch a new product on the market? Then you can keep a close eye on the launch. When the product is innovative enough, it can be a reason to buy Apple stocks immediately.

A good party to actively trade Apple CFDs is Plus500. Plus500 allows you to place an order on Apple CFDs within seconds at the touch of your mouse. You can even place an order on a falling market, allowing you to open a trade even in the event of bad news. Would you like to try the possibilities completely free of charge and without risk? Then open a demo account using the button below:

Where can you buy Apple stocks?

Apple is a company that has achieved good results year after year. Are you confident that this growth will continue in the future? Then buying Apple shares could be very interesting! A good party to invest in Apple shares is eToro. At eToro, you can buy and sell shares without commission costs. Use the button below to open an account immediately:

What is Apple's current stock price?

Are you curious about Apple's current CFD stock price? Below you can see a graph showing the latest price development. You can also use the buttons to open a trading position directly.

What does Apple do?

Apple is mainly known as the manufacturer of the iPod, the iPhone and the iPad. A long history precedes these successful products. The company is located in the city of Cupertino in California. In 2011 Steve Jobs announced that a new headquarters in the shape of a spaceship would be built in Cupertino. The new head office, with space for 15.000 employees, was inaugurated in 2017.

How to buy Apple shares?

Before you can buy Apple shares, you need to go through a few steps. Here's what you need to take into account when investing in the company.

Invest with a strategy & analysis

It is unwise to buy and sell shares at random. It is therefore advisable to first examine whether it is a good time to invest in Apple. You can do this, for example, by applying fundamental or technical analysis.

Only invest in Apple with money you can spare in the long term. You must have enough money to cover your basic expenses. Certainly in the short term, the share can do badly. It is in that case important that you do not make decisions out of panic.

Many people underestimate the importance of costs when investing. When you pay high transaction costs, you leave a lot of money lying around. In the long run, it can even cost you many thousands. Every time you pay transaction fees, you cannot reinvest this money. This greatly reduces your overall profitability.

Are you curious how expensive investing is at the various providers? Use the button below to directly compare the best brokers:

A market order is often the most attractive for investors who are holding a share for the long term. A limit order is especially good for the day trader who wants to have a lot of influence on when the investment is opened.

In some cases it may still be attractive to set a stop loss. With a stop loss you avoid losing a large amount of money with your investment on a share. Your position is then automatically closed at a certain price. 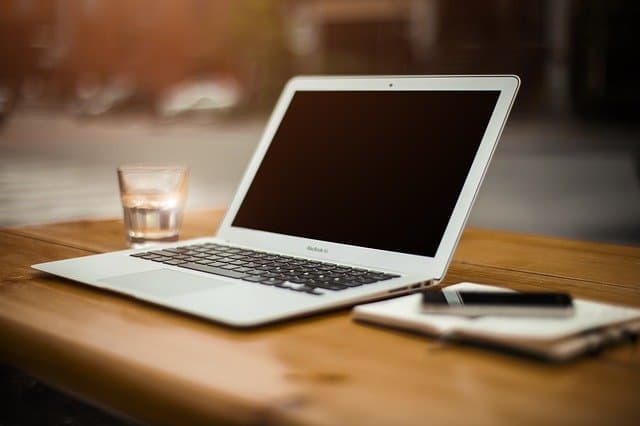 What makes investing in Apple interesting?

Before you buy Apple shares you should know what makes an investment in the company potentially interesting. Below we look at some arguments for buying Apple shares.

Apple has always been known for its strong innovations. The company has surprised the world several times with the introduction of new products. The company came up with its first smartphone. Nokia thought at the time that it wouldn’t catch on, but in the end the smartphones turned out to be the new standard. Apple also came up with one of the first tablets.

Through all these innovations and the unique design, the company has built up a large group of fans. Many people who now use an Apple phone will buy a new Apple phone when it breaks down. Apple is a strong and well-known brand that generates positive feelings among a large group of people.

The fact that the company continues to launch new popular products leads to a further increase in sales. This may therefore be a good reason to buy Apple shares.

Another advantage of Apple is that they have a very realistic dividend policy. The company pays dividends every quarter. Over the past period, Apple has been able to pay dividends on a regular basis. The dividend has even increased recently and is still rising.

This is in line with Apple's profit development. The largest profit when you buy Apple shares has been made in the past with price increases. However, the dividend is an interesting extra, which means that you can also generate a small income with the share.

Apple has quite a lot of money in its pocket. Part of this is used to buy back shares. This has an advantage for the shareholder: because there are fewer outstanding shares, earnings per share automatically increase. Moreover, the weight of your voting rights also increases when the number of outstanding shares decreases.

Companies generally only buy back their shares when they see a bright future. This can therefore be a good signal to invest in Apple shares.

A major advantage of Apple is that it is a relatively safe investment. With some stocks, there is certainly a chance that the company will go bankrupt in bad times. At Apple, this risk is much smaller. This is because the company has a lot of money: the company can absorb possible losses even in bad times.

Risks associated with investing in Apple

Yet investing in Apple is certainly not without risk. Here we discuss some of the risks of buying Apple shares.

It is important to pay attention to volatility when investing in Apple. The Apple company is doing well and has achieved good returns over a long period of time. Yet, you can just make the mistake of stepping in at the peak. It can then take many years before you have earned your money back. Fortunately, there are solutions for this.

You can, for example, opt for staggered investing. You can buy an Apple share every month. In this way, the return is spread over different periods, which reduces the chance that you will put all your money into the company at the top.

Another option is active day trading. You then get in and out several times to take advantage of smaller exchange rate fluctuations. If you practise sufficiently with a demo account, you may be able to achieve good results in this way.

When Steve Jobbs died, many people feared that Apple would deteriorate. Technologically speaking, the company brought fewer interesting, innovative products onto the market. Nevertheless, people still seem to be excited about the new products launched by Apple.

Do you think Apple has reached its peak? Then perhaps this is not the best time to buy Apple shares for the long term. 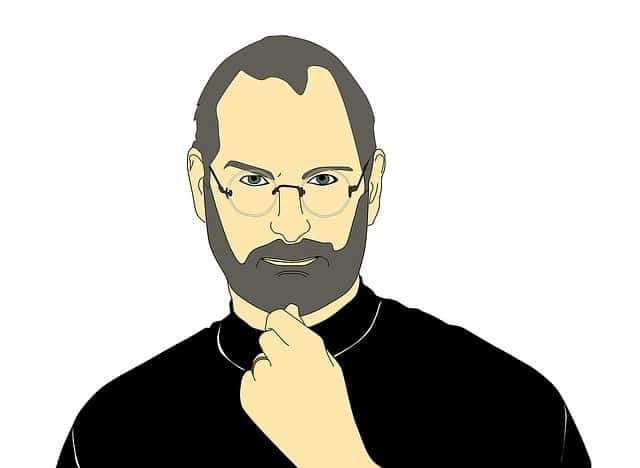 Predicting the price of Apple shares

Apple's stock price is often linked to the company's technological developments. For example, when the company launches a new, successful iPhone into the market, this can have a positive impact on the share price. When investors fear that the company will not introduce a new product to the market, the price may fall.

If you know a lot about Apple and follow the news around the company, you have an advantage. You can then better assess whether you think Apple will still do well in the future. By predicting the price well, you can earn money with your investments in Apple.

When investing in Apple shares, it is important to also keep a close eye on the dollar exchange rate. The price of Apple shares is quoted in dollars. If the dollar rises sharply against your currency, your investment in your currency may become less valuable. In this way, you can still make a loss on your investment even if the Apple share price rises. For this reason, always take the exchange rate into account when investing abroad.

Latest tips for investing in Apple

It is not wise to invest when you do not yet have enough knowledge. It may therefore be advisable to first practise extensively with a free demo. You can use a free demo to try out whether you can achieve successful results with investing. If this is the case, you can start with a small amount of, for example, $100.

When investing in Apple and other stocks, it is also important to have a clear plan. Determine for yourself at what price you want to buy Apple shares. Next, it is important to think about the values at which you are going to exit. At what amount do you lose too much and at what amount do you take a profit? By thinking about this in advance, you avoid making the wrong decision out of panic.

Finally, in all investments, it is important to invest only with money that you can lose for the longer term. After all, you always run the risk of losing part or even all of your investment.

The creation of Apple: from start to success

Apple's history began in the garage of Steve Jobs' parents. It was there that Steve Jobs and Steve Wozniak came up with the Apple I. This was one of the first personal computers. The Apple I consisted of a keyboard, a monitor and a microprocessor. On 1 April 1976, Apple Computers was founded by Steve Jobs, Steve Wozniak and Ronald Wayne. The three founders of the company no longer work at Apple. Ronald Wozniak and Ronald Wayne left Apple a long time ago. Steve Jobs died of pancreatic cancer in October 2011.

Known by Apple 2 and its successors

The Apple company became known after the introduction of the Apple II. This personal computer was important for the rise of the PC market. Later the Apple III, the Apple Lisa and the Apple Macintosh came on the market. This Apple Macintosh is the forerunner of the well-known Mac computers offered by Apple today.

Apple does not only develop hardware, such as the music player iPod, the smartphone iPhone and the tablet iPad. Apple also develops software. The company develops software for its macOS as well as for Windows.

In 1997, Apple was financially on the brink of collapse. Yet Apple did not go bankrupt. Microsoft invested 150 million in the company. Moreover, the company was thoroughly reorganized by Steve Jobs.

Apple achieved great successes after 2007. After 2007, the successful products iPhone, iPod touch and iPad were introduced. The iPhone was an easy-to-use smartphone. The iPad made the tablet popular. The products introduced after 2007 combine high quality with ease of use which is the secret of Apple's success.

Do you think the company will continue to launch interesting innovations in the future? Then it could be very interesting to buy Apple shares. In any case, Apple has done very well in the past.