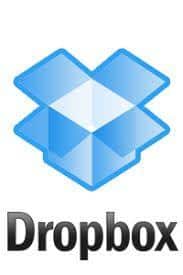 Insiders at the Bloomberg news agency recently announced that online storage service Dropbox has submitted an application for an IPO. According to the same sources, the banks JPMorgan Chase and Goldman Sachs are going to oversee the IPO of the international company. The IPO has to take place in the first half of 2018, but when exactly is not yet known.

Dropbox is currently valued at 10 billion dollars. It is therefore great news that the company has submitted an application for an IPO.

General information about the company

Dropbox offers storage services via the cloud. The company has hundreds of millions of users. Not only do individual consumers use Dropbox storage services, but also many small and large companies.

The company was founded a few years ago by Drew Houston. This CEO of the company said last year in an interview that the annual turnover of Dropbox amounts to more than 1 billion dollars. Moreover, according to him, the company has been profitable for years. Dropbox earns money by offering expansion packages for its storage services. You can store your documents for free with Dropbox, but you have to pay if you want more storage space. It is clear that this revenue model works well for Dropbox, given the high turnover of the company.

If Dropbox actually does go public, you can invest in this successful company. You would do this by buying a stock of Dropbox. How expensive the Dropbox stocks will be if the company does indeed make an IPO is not yet known. This means that you cannot yet know how much you would have to pay for one stock of this company.

Unfortunately, in this case you also run the risk that the stocks of the company become more expensive. In this case, you would have to pay more per stock and for the same investment you could buy fewer stocks in Dropbox. It is important to ask yourself whether or not you want to take this risk.

To buy Dropbox stocks, you would need to sign in to an online broker. You can specify how many stocks you want to buy. This means that you determine how much money you want to invest in Dropbox. We recommend that you spread your investments by buying a variety of stocks and/or other investment products. Thereby you can also spread risk. If it doesn’t go well with Dropbox, then you do not lose all your money.