GoPro had a spectacular IPO in which their shares increased in value considerably. At its peak, the company was worth more than ten billion dollars! However, it did not take long for the share to fall in value. Nowadays, the company is only worth a few percent of this top value. At such a time, an investment in a company like GoPro can work out well. But how can you buy GoPro shares and what is the current stock price of the company?

How to actively invest in GoPro shares?

GoPro’s shares have had strong movements in the past. For example, after the launch the share price decreased by 95% (!). As an active trader, you can benefit from this. By opening a short position, you could have achieved a profit of 95% in this case. With some brokers, you can even use a leverage, which can lead to hundreds of percent in gains. Of course, using a leverage also increases the chance that you will lose money.

How to buy GoPro shares?

Do you have confidence in the future of GoPro? Then it is important to examine the position of the company first. At the launch, many investors were convinced that the company would grow enormously. This turned out to be disappointing, and they lost a large part of their investment.

However, people still love to travel. An investment in GoPro can therefore work out great if the company manages to position itself well among the many competitors. In my opinion, the best way to buy GoPro shares is from eToro. eToro is a broker where you do not pay commissions. As a result, there is more room for achieving a good return. Use the button below to open an account with eToro:

Is it wise to invest in GoPro?

Many people wonder if it is wise to invest in GoPro. Especially when you consider that the stock has crashed a lot in the past, it is important to be vigilant. Nevertheless, GoPro seems to be taking an interesting path. The new community platform where users can exchange videos seems to be a success. The platform itself does not generate a lot of income but can enthuse users to purchase new GoPro products and extensions.

Moreover, the company is still sufficiently innovative. An example of this is the Zeus Mini, a magnetic light system that remains intact underwater. With this system you can shoot beautiful, well-lit images underwater. However, GoPro products are quite pricey. Especially in economically bad times, the products can be too expensive for certain user segments. 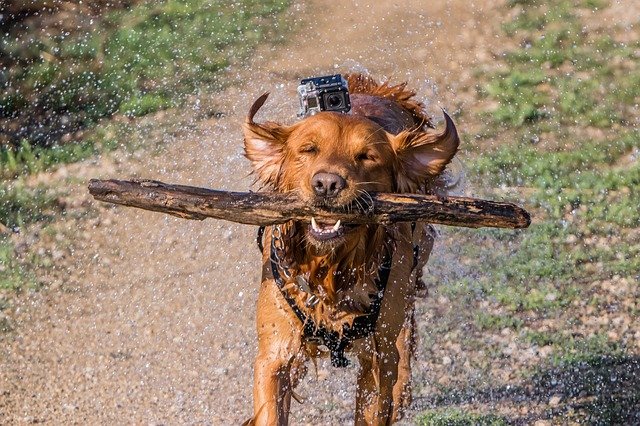 About GoPro, the company

The creation of GoPro

Surf enthusiast Rick Woodman founded Woodman Labs, Inc. in 2002. A surfing trip through Australia led him to the idea of setting up the company. Along the way he noticed that he did not have a good camera to capture his adventures, so he laid the groundwork for GoPro.

Woodman did not conduct any market research. He was convinced that his lack of a good camera was also felt by other daredevils. His goal was therefore to develop the best camera for this group of people. With that camera, spectacular experiences could be captured and shared.

It took him two years to make the first camera: this was just the beginning. With the Hero cameras that are now being produced, images can be captured that give the viewer an intense experience. When watching the images, the viewer imagines himself a daredevil. It is therefore logical that the slogan of the company GoPro is 'Be a hero'.

Which products are produced by GoPro? GoPro's product line-up includes a line of HERO cameras, video editing programs for surveillance cameras, and accessories. In addition, GoPro cameras can be mounted on certain drones. The company also has its own drone: that drone is called Kama.