How to actively invest in Burger King shares?

If you want to invest in Burger King, you will have to trade the Restaurant Brands international share. This large company also operates the Canadian coffee shop Tim Hortons. After the Subway, McDonalds, Starbucks, and Yum! Brands, Restaurants Brands International is the largest company that generates a profit from fast food.

By actively speculating on the stock price of Restaurant Brands International, you can achieve the best results. By actively trading, you can respond to the latest news. This allows you to achieve a positive result even when reports about the company are negative. A good party where you can trade in Burger King with CFDs is Plus500. Use the button below to open a free demo account:

How can you buy Burger King shares?

You cannot immediately buy Burger King shares as Burger King is part of the company Restaurant Brands International. Before you buy these shares, it is important to study how the entire company functions. If Burger King performs well, but Tim Horton's suffers a loss, an investment can still turn out badly. So, you should not make an investment in Burger King without research.

A risk for investments in fast-food companies is the increased focus on healthy living. Fast food causes many health problems worldwide. More and more people are aware of the dangers of fast food. At the same time, there is plenty of room for Burger King to find customers in new developing regions like Africa. In addition, the company is responding to the new, more conscious customers by introducing vegetarian options.

The best way to invest in Burger King and other companies is to open an account with eToro. At eToro you are guaranteed not to pay commissions when you buy shares. This will increase your potential profit. Use the button below to buy shares directly from eToro:

What is Burger King's stock price?

The creation of Burger King

Burger King Corporation was founded in 1954 by two students Jim McLamore and David Edgerton. They attended Cornell University School of Administration. The idea to open a fast-food restaurant came about after a visit by Jim McLamore to a McDonald's hamburgers outlet in San Bernardino, California. On December 4, 1954, the first Burger King was opened in Miami, Florida. 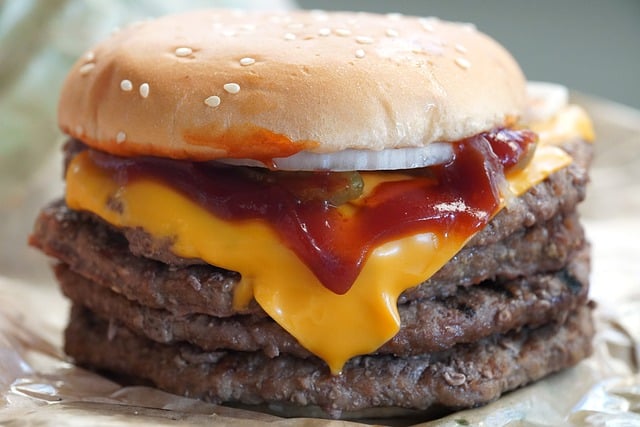 Locations in many countries

Burger King had 11,700 locations in more than 100 countries in 2016. Of these sites, just over half are outside the United States. There are also branches in Belgium, the Netherlands, and Australia. The branches in Australia do have a different name: they are called Hungry Jack's. Of these 11,700 branches, only 71 are owned outright. All other restaurants are owned by franchisees.

The first stores in South Africa were only opened in 2013. In 2018, Burger King announced its wish to expand in Africa. In 2018, discussions were held regarding the opening of new restaurants in Nigeria. Africa is undoubtedly a strongly expanding market. The population on the continent is growing rapidly and the standard of living is increasing. The mainly young population also fits within the customer segment of Burger King. By expanding in Africa, Burger King also expects to be able to compete better with McDonald's' 37,000 branches.

Do you think this is a smart move? Then it may be attractive to buy Burger King shares.