Hertz is a well-known car rental company with a rich history. Nevertheless, the company did not survive the corona crisis and the company is practically bankrupt. Normally, the value of a share of a bankrupt company drops directly to 0. However, speculators are still buying shares, which means that, as an investor, you can still invest in Hertz. Is this wise?

Where can you buy Hertz shares?

Do you like risks and do you still want to buy Hertz shares? Then you can do this at a broker like DEGIRO. DEGIRO is a well-known and relatively inexpensive broker. Use the button below to open an account directly:

How can you actively trade in Hertz shares?

At the time of writing (October 2020), the company Hertz is actually bankrupt. Some speculators are still buying the shares and hope that the company will get out. This only works when people suddenly travel a lot again and the corona crisis does not increase the chances of this happening. Buying Hertz shares is therefore extremely risky.

Nevertheless, you can still achieve good results with investments in Hertz if you speculate in the short term. This is risky: you can lose your entire investment. You can look for attractive moments to buy the share and sell it again later. Another option is to open a short position with which you can achieve a positive result when the price falls.

Would you like to try active trading in Hertz shares using CFDs? Then open an account directly with Plus500 & try the possibilities with a free demo:

What does the company Hertz do?

Hertz is currently the largest vehicle rental company in the world. Approximately 60% of the cars are rented by business people. The Hertz Corporation not only owns the Hertz brand, but also Dollar Rent A Car and Thrifty Car Rental. 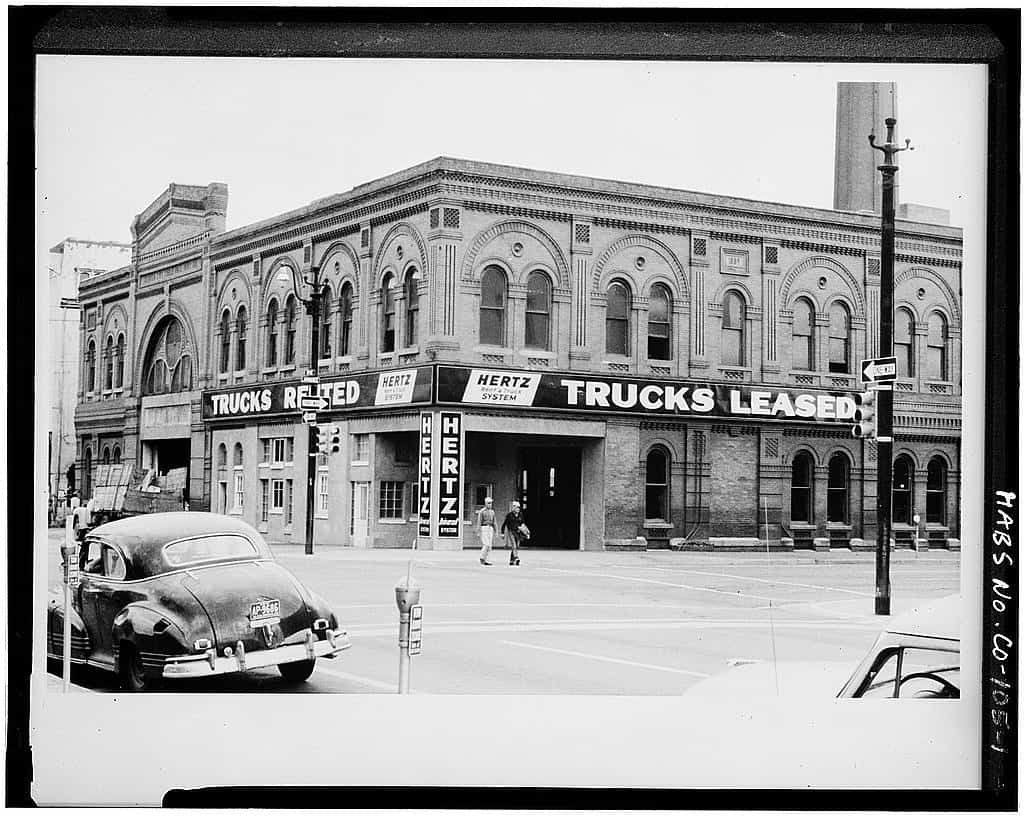 The history of Hertz

The founder of the company is Walter R. Jacobs. He started his car rental business in Chicago in 1918. He started with a dozen self-repaired and repainted T-Fords. His company became a great success, with an annual turnover of $1 million in 1923. Jacobs sold his company in 1923 to John T. Hertz, the then president of Yellow Cab and Yellow Club and Coach Manufacturing Company.

John Hertz's rental company, named Hertz Drive-Ur-Self, was in turn taken over by General Motors in 1926. John Hertz started the company Hertz-Rent-A-Car. In 1932, this company opened its first rental branch at an airport on Chicago's Midway Airport.

The vehicles rented by Hertz

Until 2001, Hertz was listed as HRZ on the New York Stock Exchange (NYSE). The company disappeared from the stock exchange when Ford acquired the company in 2001. The company was sold in 2015 to a group of private investors for an amount of 15 billion dollars, including debts.

These private investors put the company back on the stock market. The opening price of the share, abbreviated HTZ, was $15. It reached its highest level of $100 in August 2014. After that date, the share price dropped most of the time.

Things are bad for the company at the moment. In May 2020, the company filed for bankruptcy in North America. In June 2020, Hertz decided to abandon a planned share issue of $500 million. They decided to do so because there was a risk that the share would no longer have any value after the bankruptcy.

In October 2020, with a mega-debt of USD 19 billion, the car rental company found 1,65 billion in financing. It is debtor-in-possession financing. This is special financing for a company that has filed for bankruptcy. On the day this news was announced, the share price rose from USD 1,03 to USD 2,38. However, the question is whether there will still be a dollar left for the shareholders after a restructuring or bankruptcy.

Buying Hertz shares for the long term is therefore very risky. Be careful when investing in Hertz!